Hello Everyone,
This post seems trivial in comparison to the havoc that is occurring in our state right now with all of the fires raging through California.  The amount of property lost is staggering.  The numbers of lives lost is tragic.
October is historically the scariest month for those of us living in California.  The winds pick up, power lines go down, and fires spread like a freight train out of control.
Both my sister Gail and I know people who have lost their homes in a blink of an eye.  Other friends have evacuated and are waiting to return to their neighborhoods to see if their home is standing.
The weather forecast is not good for tonight and tomorrow.  The winds are supposed to intensify making the fires spread even more.  No matter how many resources are thrown at the fires, there is zero containment.  They rage on.
Gail and I tried to return to the East Bay Area from Lakeport Monday morning after the quilt show.  Our normal route was impassable. All of the roads were closed in the two direct routes home.  We ended up going north, then east, then south and worked our way around the fires.  Thank God for a good navigation system in the car.
We are home, we are safe, but many friends are still in peril. Mr. Joe and I are headed to the cabin today.  We hope and pray the rain we had last week dampened the forest enough to keep our area safe.  We just have to hold on a few more weeks until the rain begins in earnest, and puts an end to fire season.
I'm closing with a few pictures of my booth at the show.  I have no more words to describe the utter terror that has a grip on our state.
﻿ 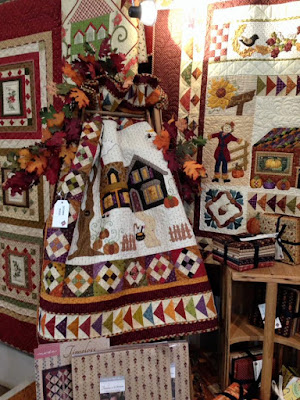 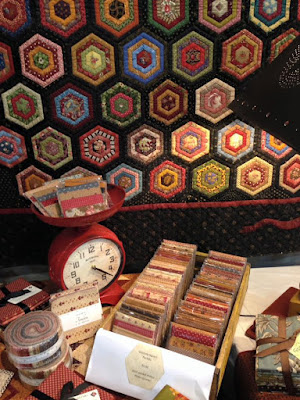 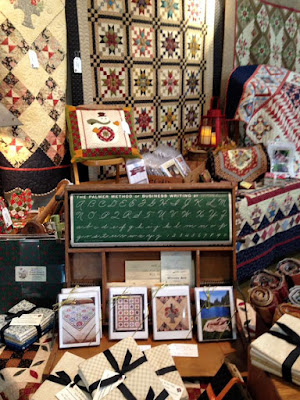 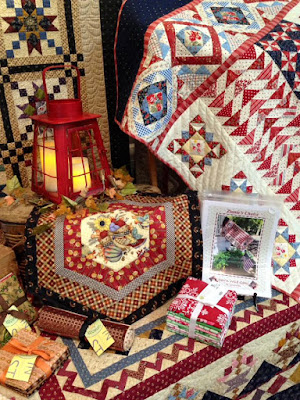