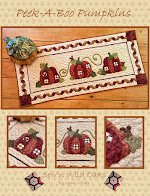 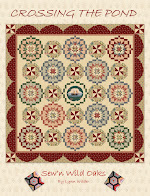 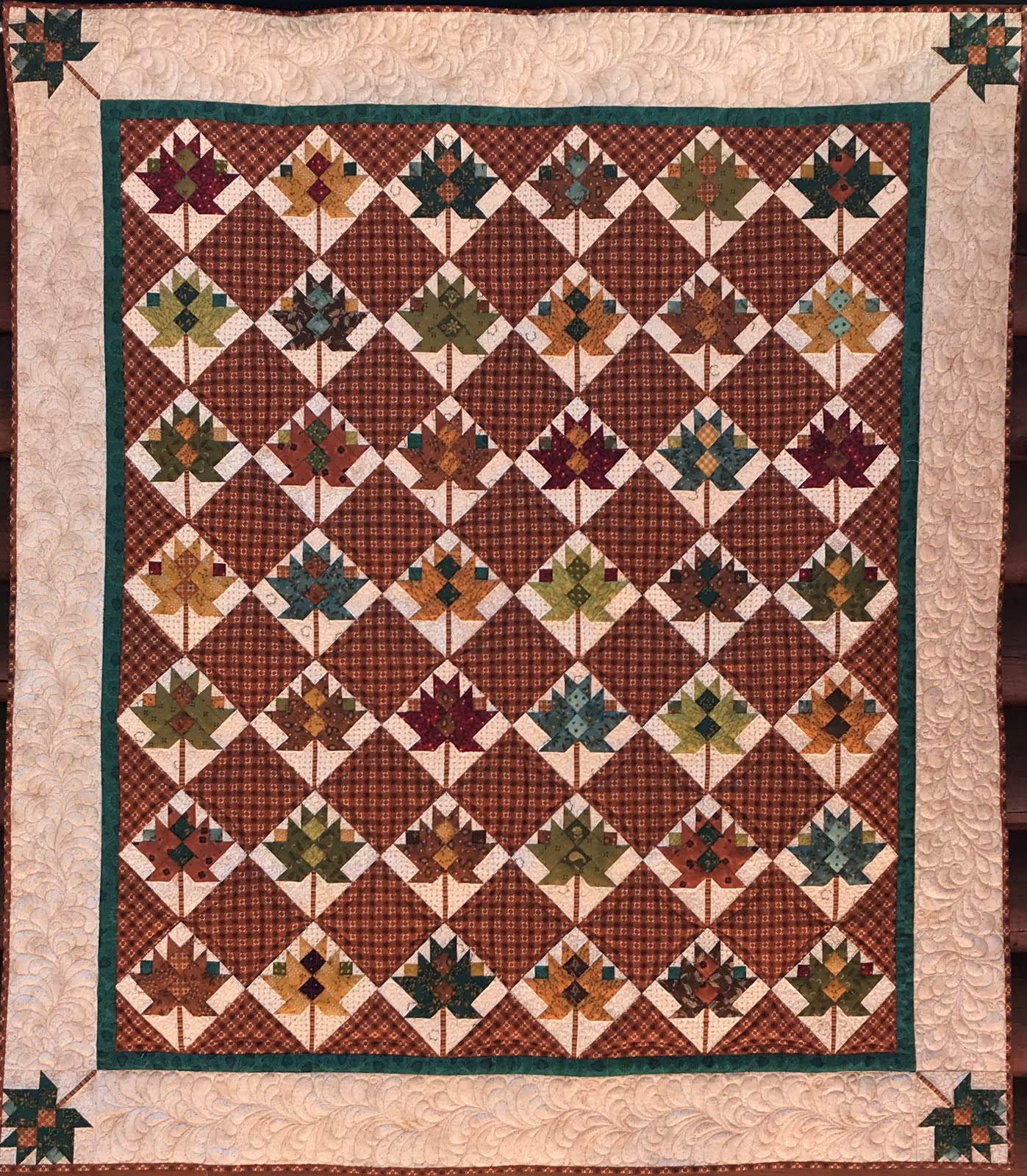 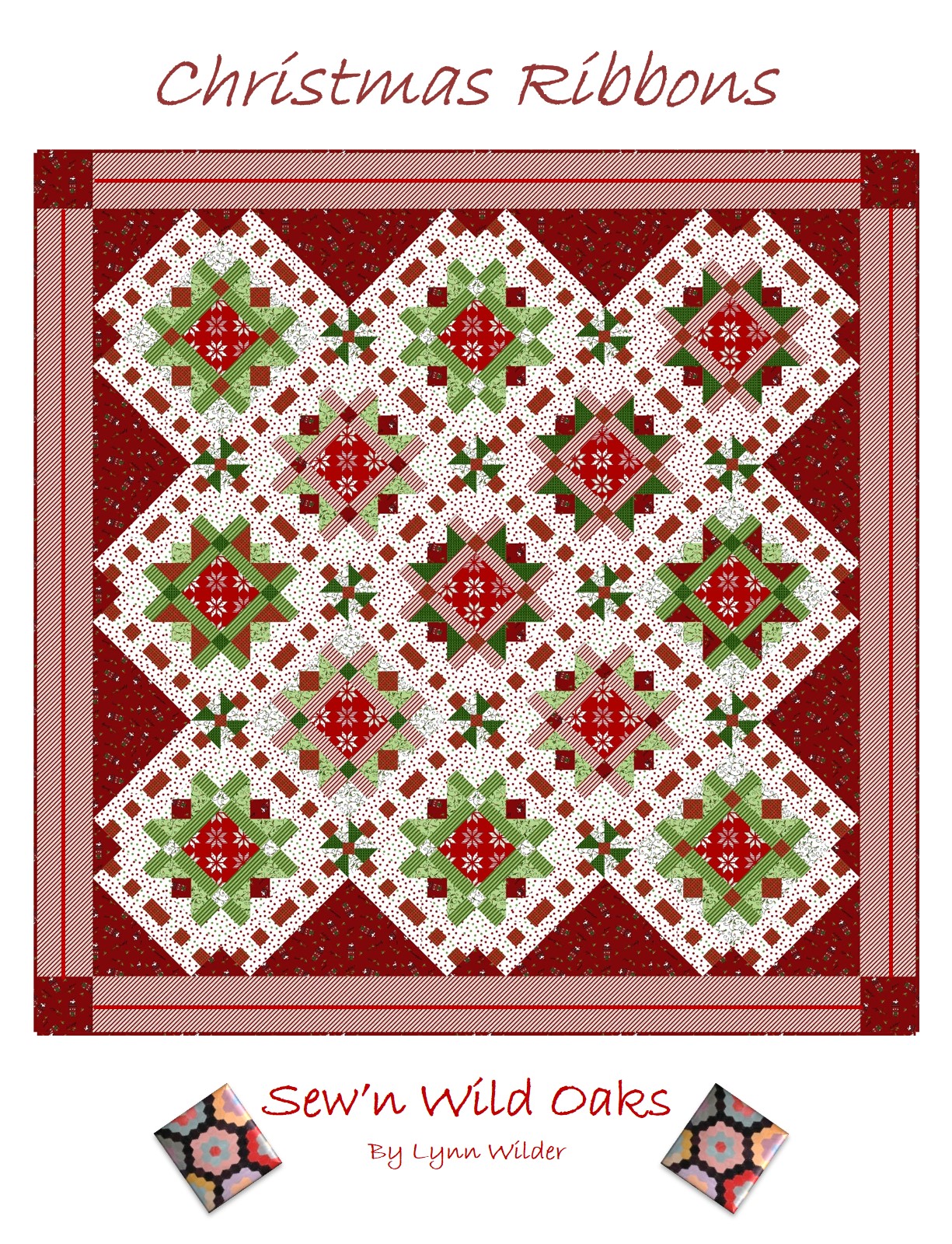 Hello Everyone,
By the end of the day, this is what Emilie Elizabeth looked like.  It was a full day of stitching.  All of the parts and pieces were made, I just had to add them on to the quilt.﻿ 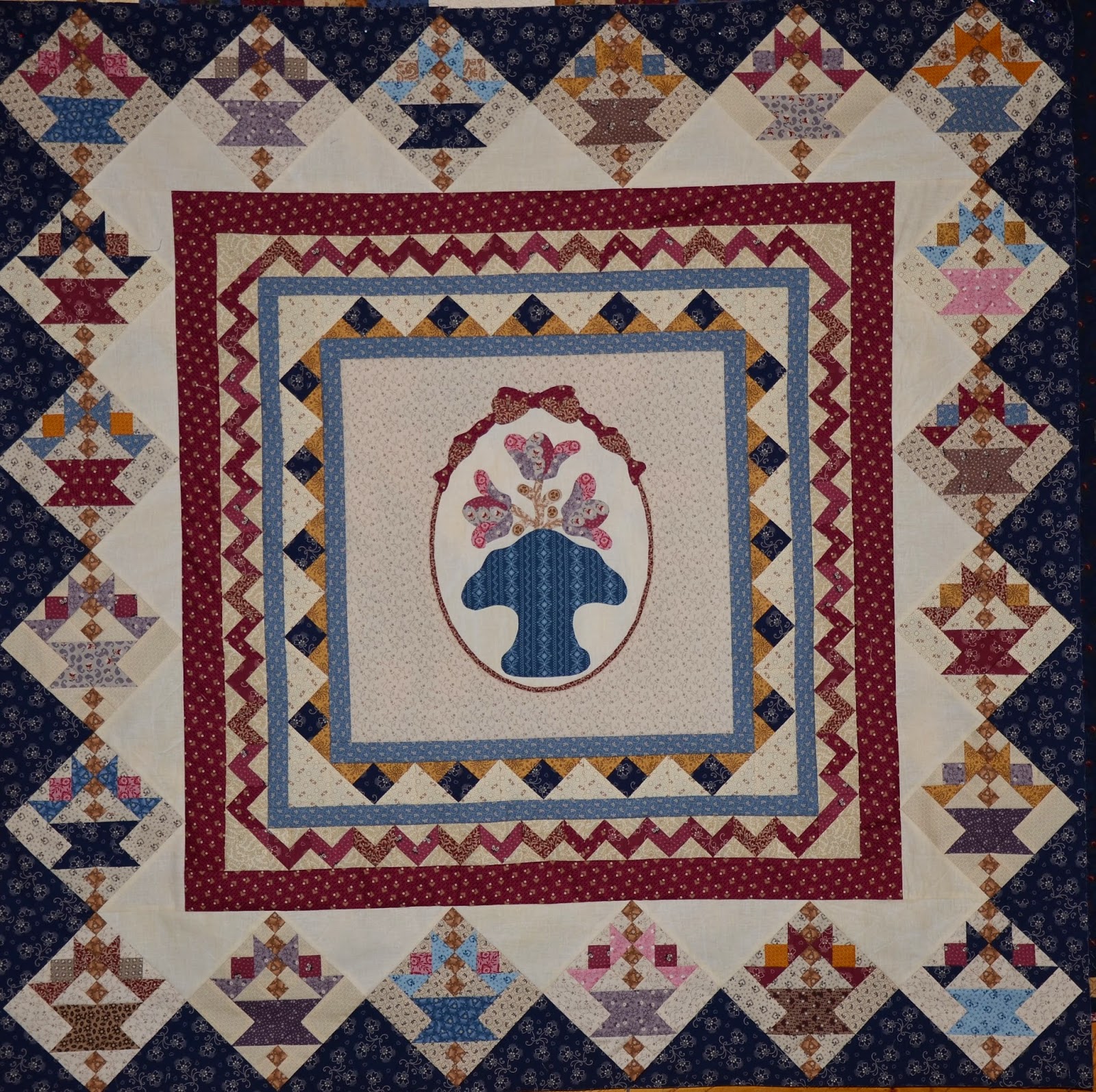 She started her morning looking like this after I took the last stitch of applique. 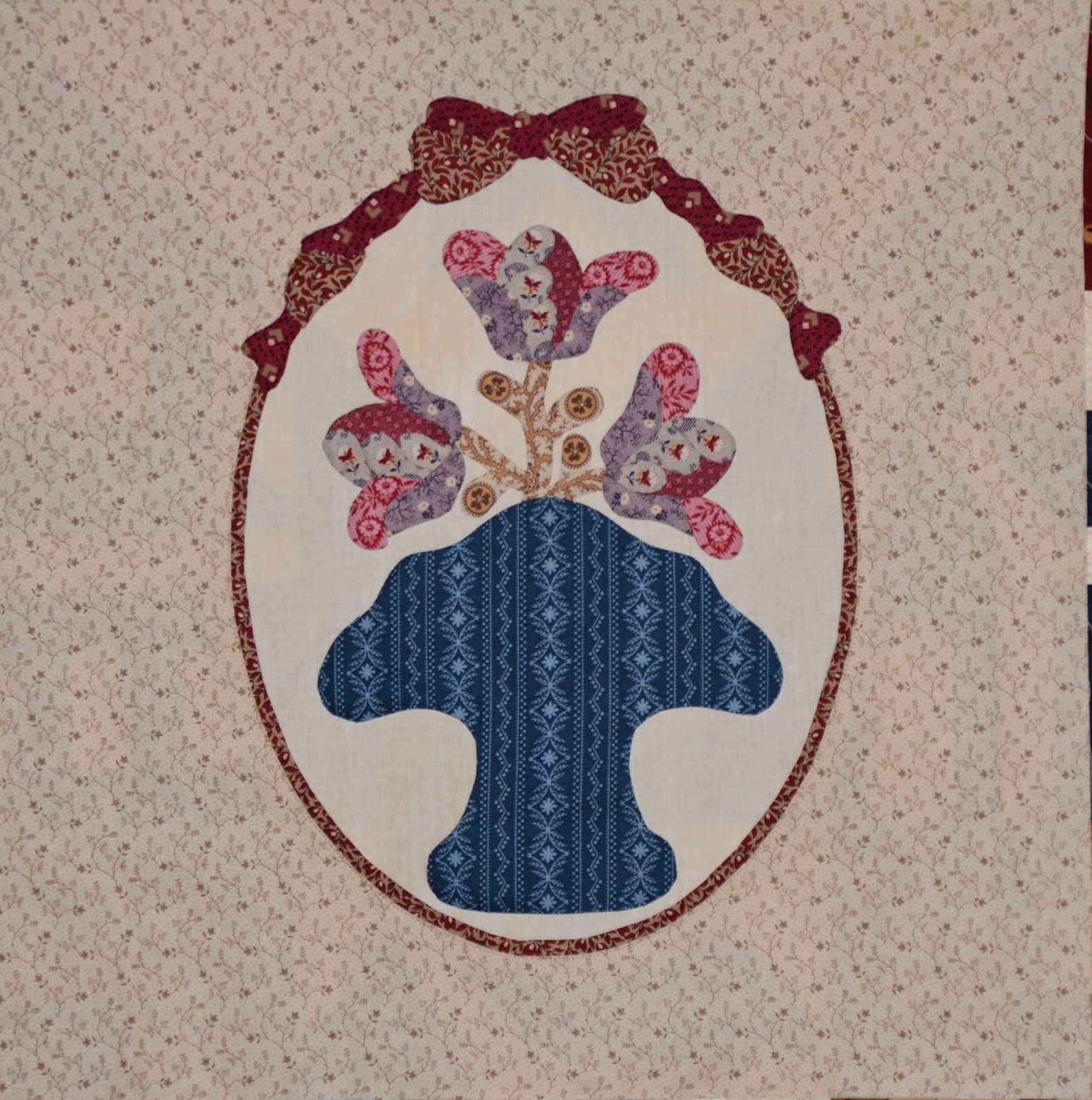 I took a picture after each addition was added. 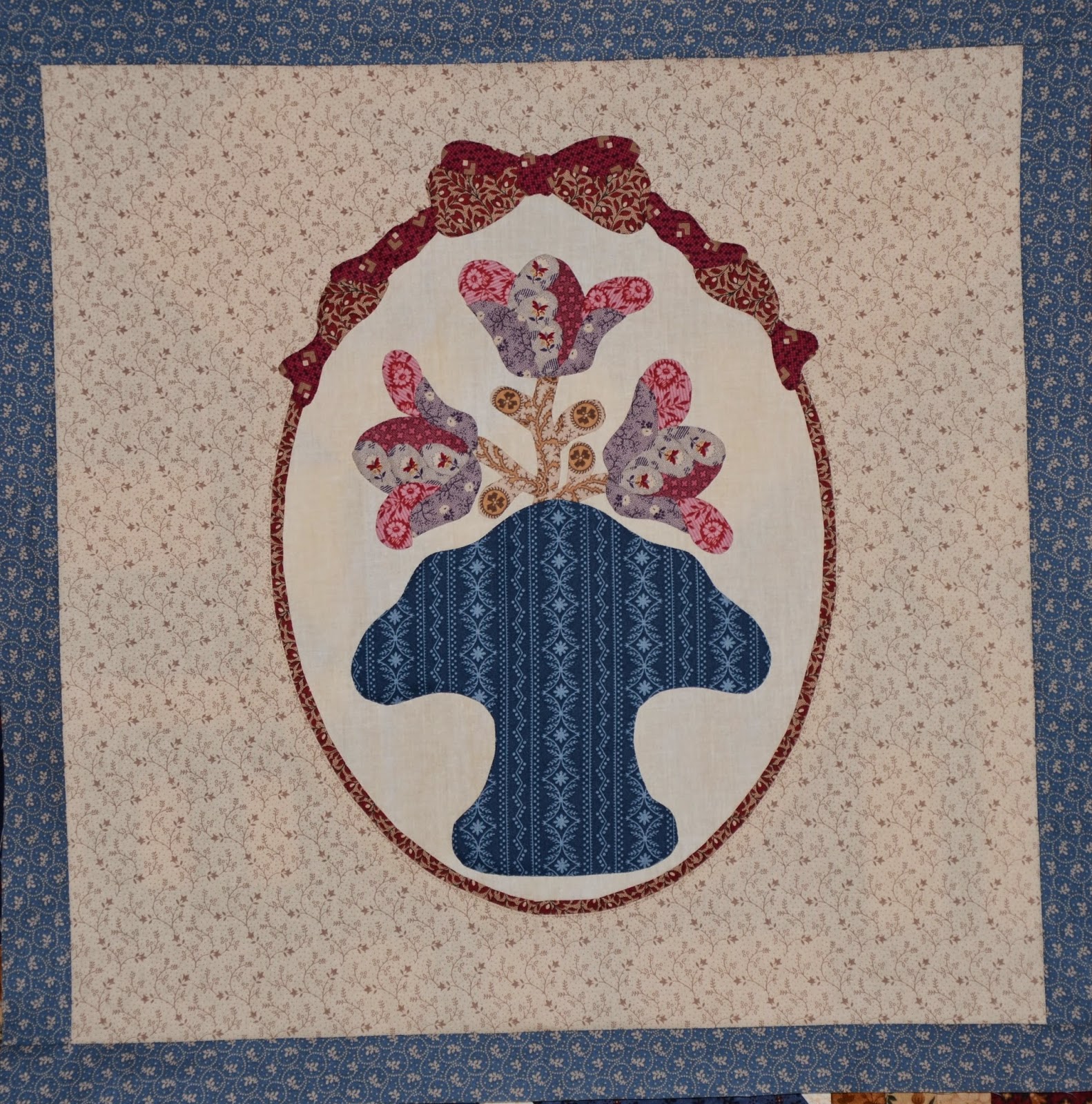 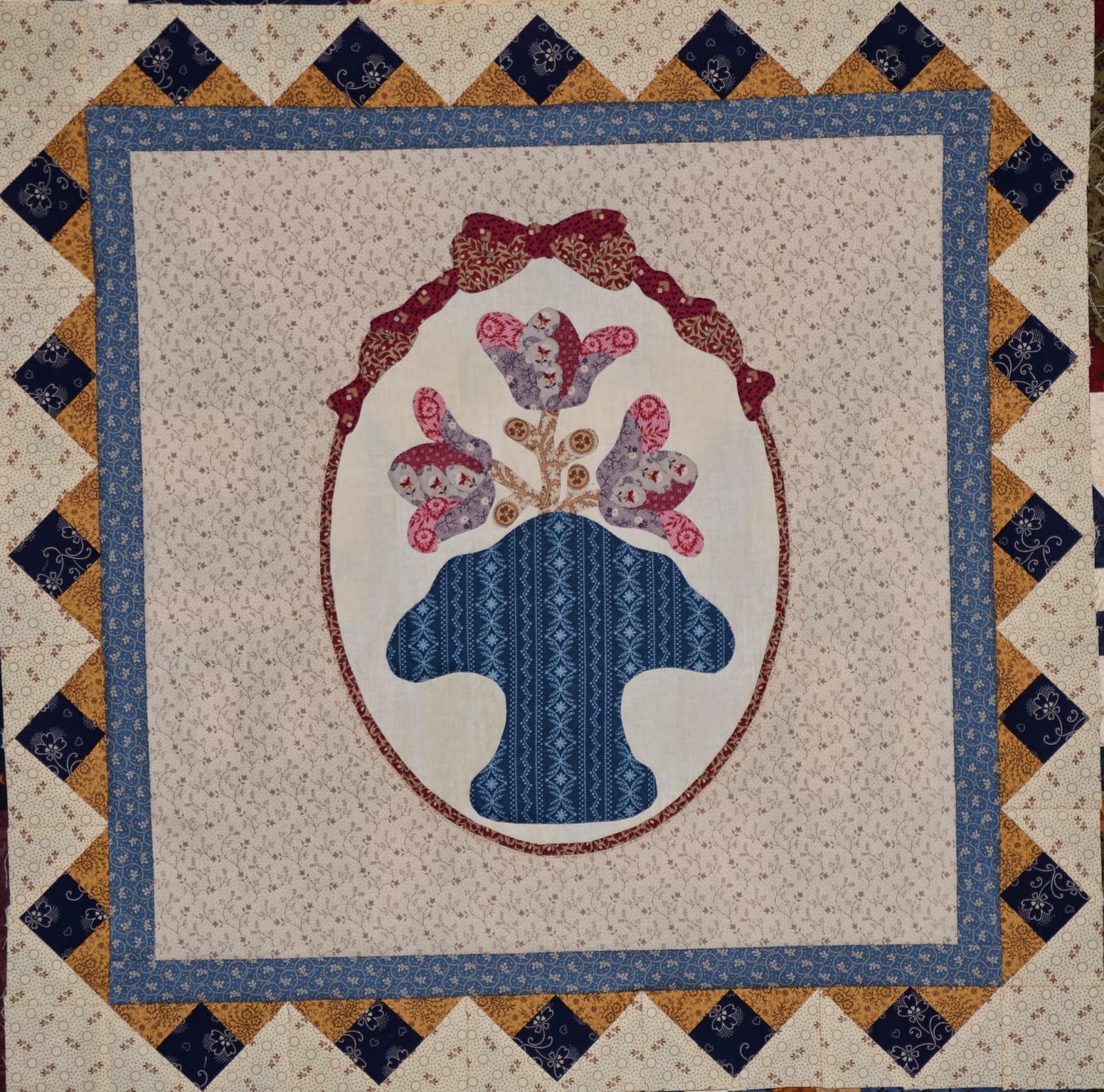 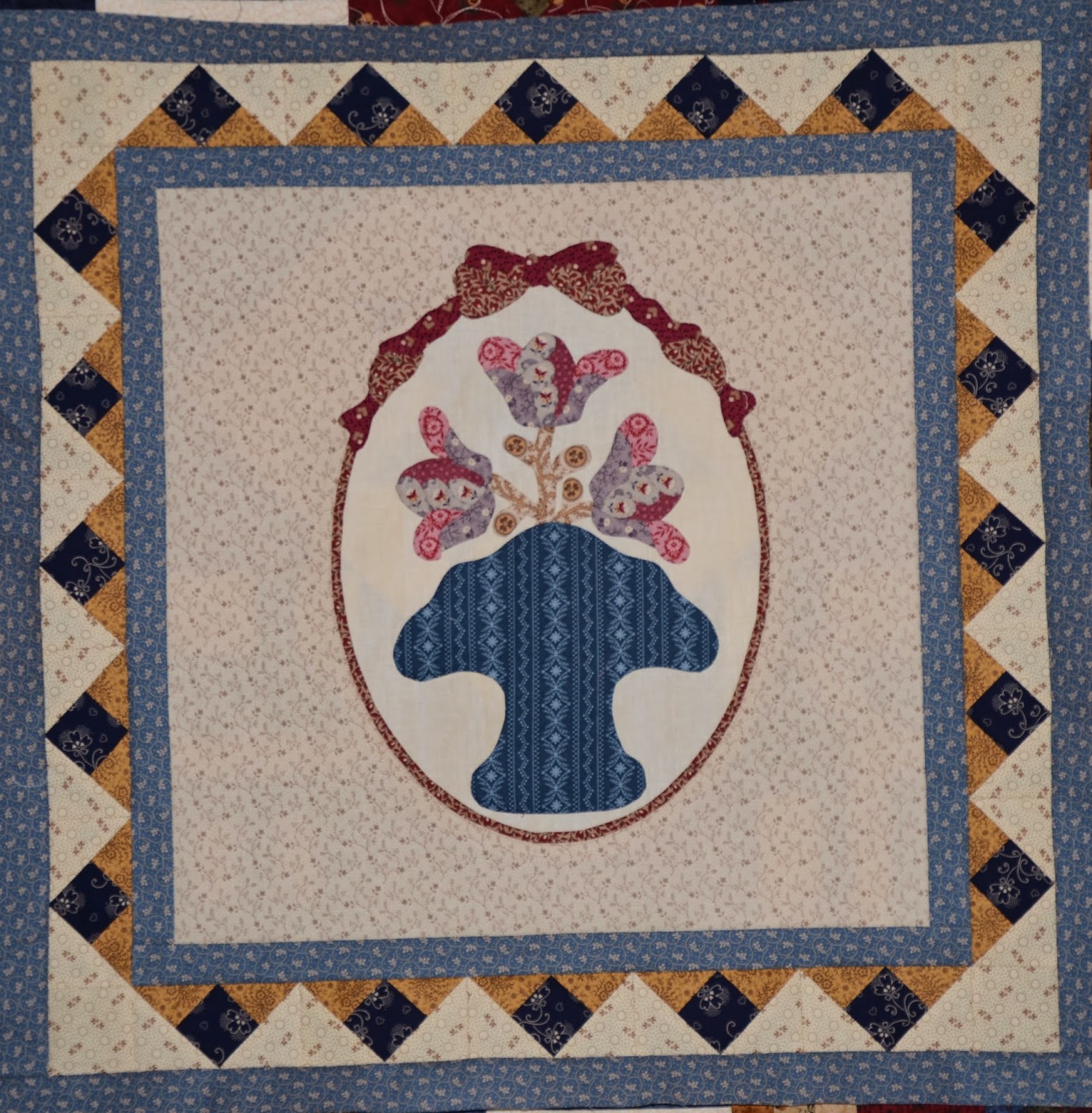 By lunchtime she was really taking shape. 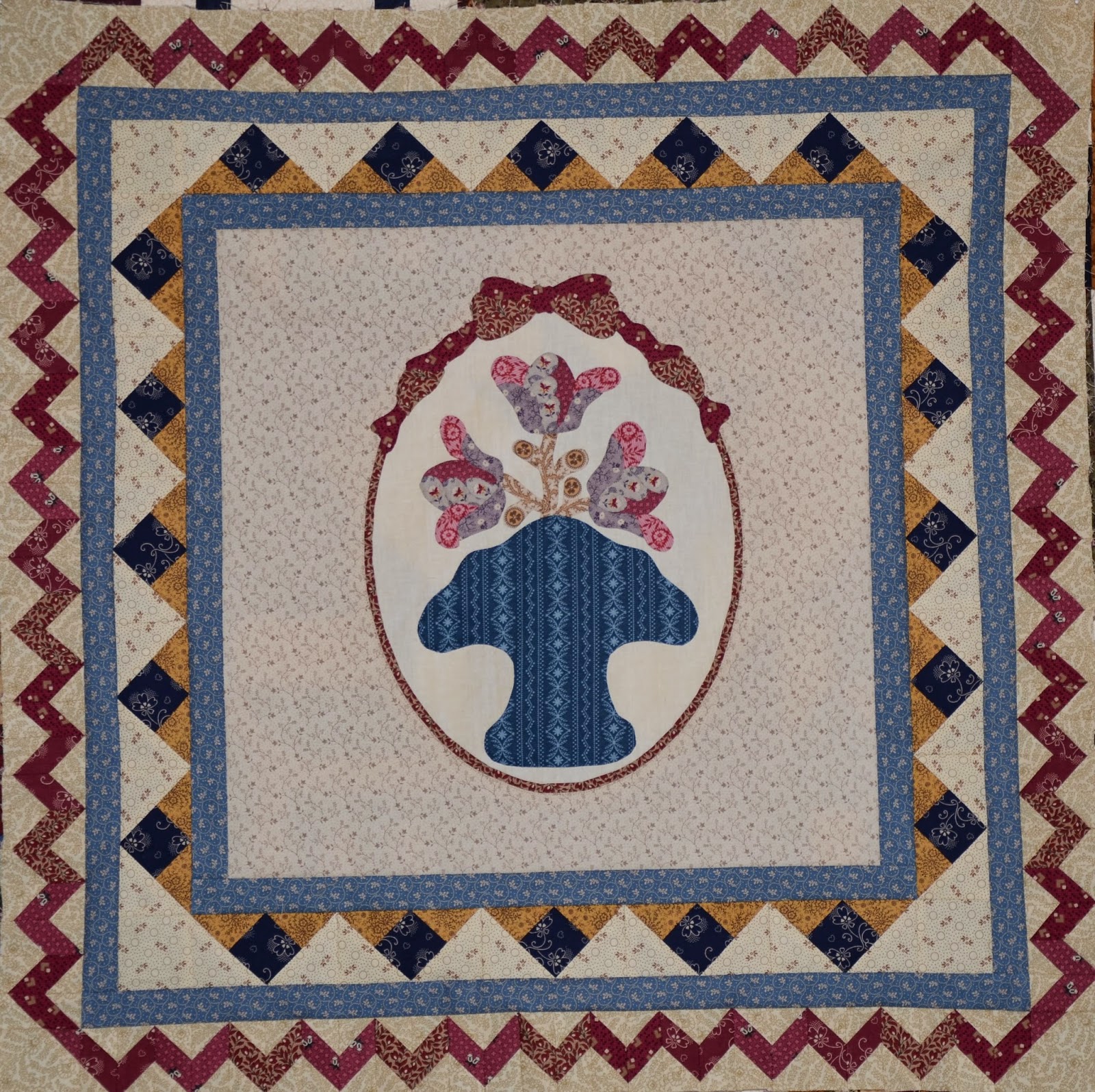 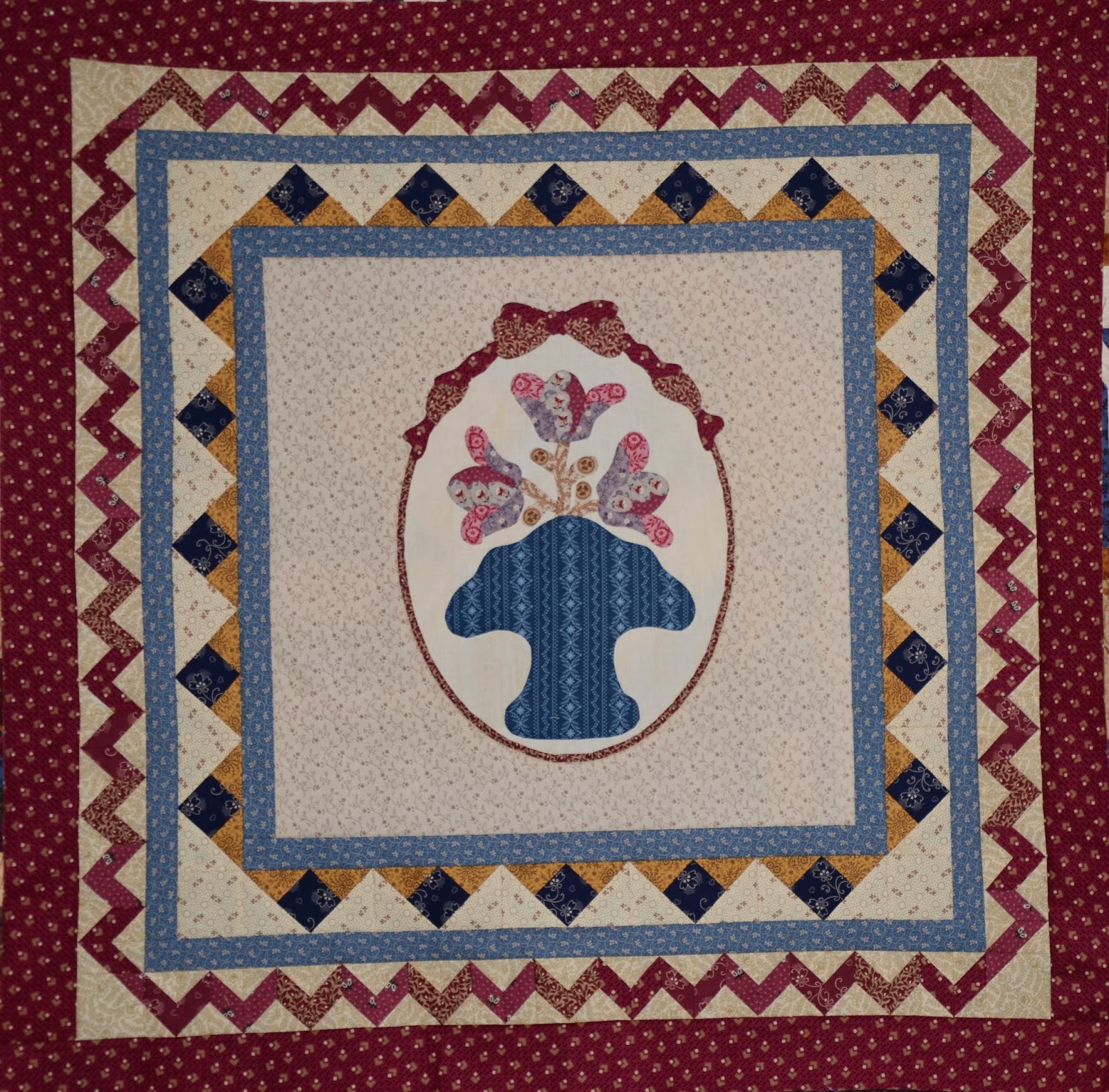 I wish I had one of those morphing programs to show the change over time.  This is what she looked like before dinner......quitting time.

I was able to get all of this done since my sister helped me with all of the baskets two weeks ago.  Today I will stitch all of the squares in a square together and start working on the final borders.  I knew this would make up beautifully in the Marcus fabrics.  I have quite a bit of the fabrics from Judie's Album Quilt left so I can make something else too.....and I'm full of ideas!

I've been having problems with my email over the past few weeks.  I've been responding to your comments personally, but I know that some of my emails are not transmitting.  After spending way too much time on the phone with Comcast, I decided to change my email to Google.  My new email address is:  sewnwildoaks@gmail.com

Speaking of problems with technology, Mr. Joe and I managed to set up a new Smart TV and a new wireless modem.  Boy oh boy, a Smart TV can make two people look really dumb!  The TV is way smarter than we ever hope to be. The manual states the more you watch your new TV, the smarter it becomes!  Now that is scary.  Does that mean the more we watch it, we'll become dumber?    Dumb and dumber, that's how we felt the other day.  We've finally recovered from the ordeal, and we've managed to stream Netflix right to our living room.  Our son had to intervene and show us how to work our new TV.  Our troubles began when Mr. Joe kept holding the remote backwards which pointed it at his mid-section instead of the TV.  No wonder it wouldn't work, but it did change Mr. Joe's channel to a high definition of Irritated.

I remember having a TV that received 3 stations, and that was on a good day.  All you had to do was turn it on, move the rabbit ears, and you were good to go.  Life was so much simpler.

Here's to the simple life for two simple people.